God May Want Me – Does Anyone Else? 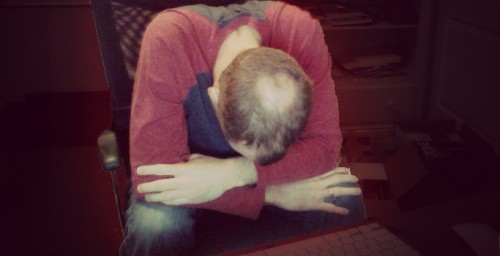 In the last post I shared how I felt unwanted growing up. As I tried to state, the feeling may not have been true, but it felt true to me and became my reality. When I became a Christian, I embraced the idea that God wanted me. He wanted to be with me and spend time with me. My life took a drastic change.

I was good at playing their game.

I became good at being a Christian and I started to find more and more friends. Life was so much better. However, there were still nagging doubts that lingered around. After coming from a belief that nobody wanted me, the only explanation I had for these new friends was because I was good at playing their game. Since I could do Christianity well, that must be why they liked me.

I had to try harder and keep improving myself in order to maintain the level of friendships I was starting to accrue. As the pressure of become a better Christian got stronger, I also knew about the sins I was hiding from everyone. If they knew about those things, then all these new friends would leave.

If people knew the real me, they would reject me.

The old lies that nobody wanted me started to replay in my head. “Nobody wants you. They only like you because you fooled them. They don’t know the real you. If anyone one knew the real you, they would reject you.” I could not reveal my weaknesses to anyone because I felt they would certainly leave if only they knew.

It was hard going to God about this too. I knew God hated sin and therefore I thought He must also hate me for continuing to sin. I felt if I tried to talk to Him about it, He would tell me to quit and/or go tell someone. I didn’t know how to do the former, and I was too afraid to do the later. Therefore I didn’t ask God about it.

I finally told some friends about my struggles with sin. They didn’t leave me but became my accountability partners. “Tell us when you do it again so we can tell you to stop.” While they didn’t leave me, my underlying fear that nobody wanted me was not erased. What I heard was, “we want you to change because we don’t like you like this.”

“If people knew the real you, they would be drawn to you.” – God

I needed God to speak life into this area. I needed His truth. When I was finally able to hear His thoughts on this matter, He told me that my wife loved me, He loved me, and that they were many other people in my life who loved me for who I am. He also told me that the people who knew the real me will be drawn to me.

I since learned how I needed my friends I confided in to change. I didn’t need for them to tell me to correct myself. I never justified my sin as right. I needed them to hear my failure and have them reaffirm their relationship with me. “We believe in you. We make mistakes, but you will do better next time.” I needed relationships I could be real in that wouldn’t judge me or try to fix me. They would cheer me on to become the person God created, but they would love me even if I couldn’t get behaviors to change. It is in those relationships I was able to find the real me. Not the good Christian. Not the failure. The real me.

When I revealed my fears and failures to friends who received me, I no longer felt unwanted.

As I found those friends, I quickly opened up darker and darker areas of my thoughts and fears. As I received their acceptance and friendship, I no longer felt unwanted. They knew about everything I could think of about myself and they still liked me. I actually found that they liked me a lot more.

Our goal is not ultimately to get people saved. We want them to experience the fullness of what God has offered them because it is out that experience with God that we can live out of our true selves – the selves that God created us to be. This is the heart of ministry. Not to do things for God, but to live out of who you were created to be. How that will play out in my life will be the next post.

2 thoughts on “God May Want Me – Does Anyone Else?”

previousHow Come Nobody Wanted Me?
nextOffering Hope and Future to Orphans

This is an eye opener. I will start declaring the word in my prayers. Thanks so much Kevin.

I want you to know that your love and gentle persuasion come through your messages.